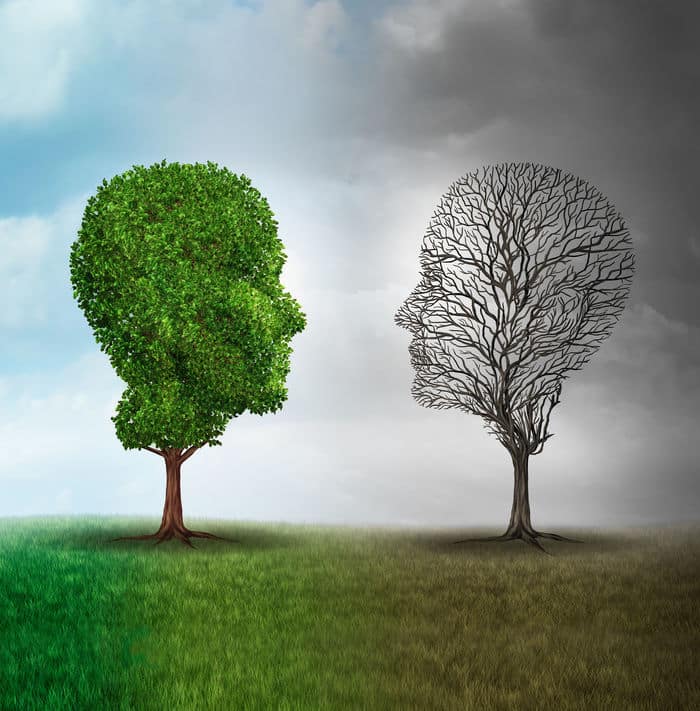 There have been many names given to Split-Self Affairs in the research literature; Double-Life affairs, Divided-Self affairs, etc. This is an archetypal affair that has roots in the family of origin.

It is also a staple of movie and television drama. Split-Self Affair has an Involved Partner (IP) with little emotional investment in their spouse of record. Even more so than the Conflict-Avoidant Couple Affair, these marriages function as an “as if” relationship. They operate more like a business firm than a family.

In the Split-Self Affair, the marriage must work for the sake of appearances, and appearance is everything.  These unions seamlessly function because they avoid the challenging work of nurturing a loving, emotional connection.

So, what about emotional needs, romance, or eroticism? Those are the split-off parts that find their expression in affairs that often strive to be long-term, intimate, and highly compartmentalized.

Lies and deception abound in the Split-Self Affair.  The involved partner derives benefit from the pseudo-stability of their marriage and the deficits that are satisfied by the affair partner.

Everyone, within reason, the IP argues, is “happy.” So why rock the boat? This kind of thinking prevents them from ever efforting to leave their spouse.

The unhappiness they endure might be a very low grade. Dull. Superficial. Too convenient to move on, and way too empty to stay.

Unlike the Exit Affair or the Conflict Avoidant Couple Affair, the IP in the Split-Self Affair is invested in total secrecy.

I remember reading about the famous television journalist Charles Kuralt. He successfully hid a Split-Self Affair with a woman he met in 1968 until his death in 1997. His legal wife had the stress of dealing with his sudden premature death and discovering his secret life at the same time.

A few months before he died, Charles attempted to deed his Montana love-nest cabin and 20 acres to his paramour, and with a final letter, which he intended to be a will, expressed his desire that his affair partner also would inherit the surrounding land.

Montana courts frowned on this arrangement and decided that Kuralt’s letter did not constitute a will. Kuralt’s legal spouse won her case against his affair partner. The publicity around Kuralt’s Split-Self Affair was unfortunate for his family.

The Split-Self Affairs can often occur at work, and men seem to be the Involved Partner more often than women. It often begins as an intense friendship with a younger woman.

The illicit couple often functions in a bubble. The Involved Partner, who had previously struggled with mild depression, can now leave his anxiety and depression at home and be born again at work with his affair partner.

Emotional Affairs, which I have written about earlier can be thought of as a developmental stage of the Split-Self Affair.

Involved Partners in Emotional Affairs have a protective, paternal aspect to them as well, as there is often a noticeable power differential between the partners in the workplace.

The key idea of the Split-Self Affair is that the Involved Partner has arranged his life so that he needs both partners, but there is a distinct division of labor.

His spouse is responsible for maintaining his social standing, reputation, and sense of orderliness. His affair partner offers love, intimacy, eroticism, and a restoration of his vitality. 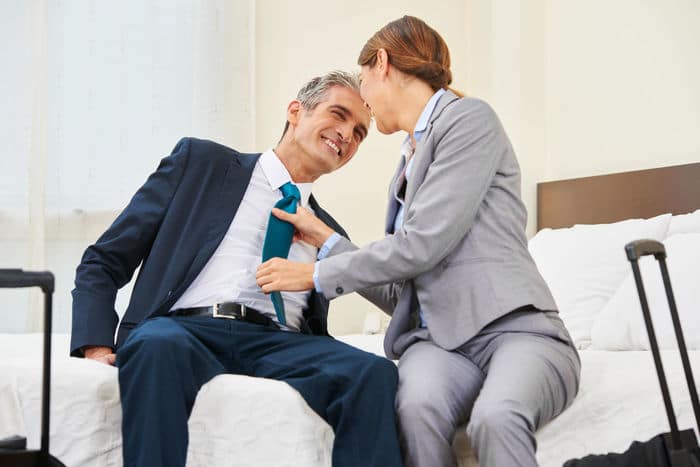 It is not an affair type of young marrieds. Empty nests are a fertile breeding ground for taking stock, evaluating options, and frankly, constructing convenient arrangements.

It’s not often discussed, but male power and patriarchy make Split-Self Affairs possible. The lack of investment in addressing marital concerns, emotional disconnection over time, and a refusal to choose (because you really don’t have to) keep these men stuck in a fragmented self that can last for decades with serial long-term affair partners.

It’s also important to note that patriarchy hurts men too. Research tells us that men trapped in Split-Self Affairs grew up in as-if families. Like the passive-aggressive, they had to let go of their wants and needs, and that pattern of benign neglect became what they expected from life.

They often had parents who were so chaotic, that they fixated on having a “perfect” life. Over time, their adult selves stuffed so many feelings down that they “split” into two parts: the perfect family man, and the perfect beloved.

At least in the Exit Affair, there is an immature attempt to discuss feelings. That is not the case here. The essential characteristic of the Split-Self Affair is a value for secrecy and a withholding stance. Therapy is often the result of a crisis of anxiety, or third-party disclosure.

In working with these couples it’s not unusual to find decades of resentment. The Split-Self Affair can look superficially like an Exit Affair, in that the Hurt Partner seeks to enlist the therapist to help the straying partner to stay. We often recognize these couples as “mixed agenda” couples who are not ready to do couples therapy.

The therapeutic task is for the Involved Partner to clarify their agenda.  They benefit from owning their decision to stay or go.

In Discernment Counseling, they come to fully appreciate the sacrifices that their decision requires. If they decide to leave, they honor the feelings of their spouse and are open to hearing their pain and grief, and also offer clarity and transparency to their partner.

While I am not typically a fan of therapeutic separation, researcher Lee Raffell (1999) suggests that a controlled “two weeks on two weeks off” separation offers clinical and emotional space for these couples to sort out their situation.

Both partners benefit from experiencing how living alone feels.

If the Involved Partner decides to stay and work on their marriage, they often benefit from concurrent individual therapy, particularly in processing their grief in losing their affair partner. I once conducted a couples retreat where the Involved Partner was integrated into his affair partner’s family and was a father-figure to her son from a previous marriage. He was also a secret heroin addict.

Men are in a bind around their Split-Self stance. Integrity and honesty are virtues that resonate with a healthy masculine self-image. The Split-Self Involved Partner is fraught with turmoil, self-loathing, and fear of discovery. Some are so anxious they present alone in individual therapy. Convenience has a price, and neglect takes a toll on intimate relationships. Split-Self Affairs are challenging to recover from, but they offer a tremendous opportunity for growth and self-development.

Heal from Infidelity with Couples Therapy