My Husband Hates Me

“My Husband Hates Me.”

“Why does my husband hate me?” Lilly asked.

It was way back when I saw individuals. So I took the bait. “How do you know he does?” I asked her.

“My husband is always angry and negative and my husband doesn’t communicate with me at all. He lets his family disrespect me…he chooses his family over me.” 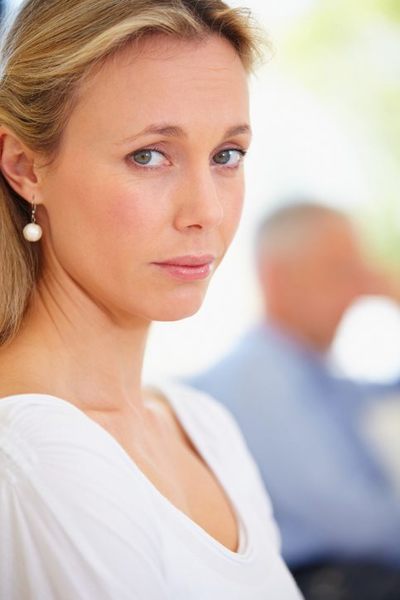 And as if to make one final pronouncement, to drill her point home, she added:

“My husband doesn’t love me anymore and it hurts…a lot.”

“He sounds challenging to live with…” I said, “but why are you so certain that it has anything to do with YOU? You’ve outlined many things husbands do to destroy marriage. Like being negative and angry, not talking to you and not prioritizing you over his own extended family. You don’t feel chosen or special…”

“Exactly, and he turns everything around on me. I do everything for my husband and he does nothing for me. Why does my husband get angry over small things? He gets so angry…He’s always so angry.”

“…and you said your husband refuses to talk about problems, is that right?”

“And when your husband ignores you, what do you do?”

“What do I do? I used to try to get him to talk to me by asking him what’s wrong. All he said was: “Nothing.” After a while, I just felt so lonely, and just started ignoring him too.”

There was a lot to unpack with Lilly, and it was made more challenging because I only had her side of the story. Her husband could be depressed or simply exhausted from working two jobs so Lilly could stay home with their three children.

He could be miserable in his job or any number of other things. One thing was clear, though: this client was a very lonely wife. Married, but lonely. And her resentment was increasing along with her pain.

I could have continued to gather more evidence of his emotional withholding, negativity, and thoughtlessness, but I decided to go in a different direction. I wanted to know what the flip side of her unhappiness might look like.

“Tell me about a time earlier in your relationship when you really felt loved by your husband.”

She began to talk about their earlier years together, before the children. Her face lit up when she talked about how she’d arrange a picnic basket, and he’d pick the place. She wouldn’t know where they were going until they got there. The more she talked, she began to sit upright, and for the first time, she smiled.

“When was the last time you packed a basket?” I asked, doing my best not to sound blaming.

She paused, and then looked down. “What’s the point?” she said, as she started again to fall into a funk.

“Did he like the food you used to put in there?”

“What did you used to make?”

And I was getting hungry listening to the love and care this wife put into feeding her now distant husband.

“I’d like you to try an experiment this week, Lilly. When your husband ignores you, I want you to ask him if he remembers the picnic basket. Then ask him what he’d like to eat from it now if it was in front of him. Your husband may be depressed, but you may want to see if he starts to respond to some pleasant memories of your early life together.”

When Your Husband Refuses to Talk About Problems

“Men don’t act like women do when they’re depressed,” I told her.

“They tend to lash out, instead of engaging in self-blame. They often get irritated and angry, like your husband is now, instead of being anxious and afraid which is more typical of women. And while depressed women look for the chance to talk about how they’re feeling, men want to avoid talking about how bad he feels. Men believe that talking about it only makes things worse!”

Lilly saw the external behavior but like many women, she internalized the cause as being her. A depressed husband might even blame his wife for the smallest infractions, giving her good reason to think it’s her.

But what a wife might miss is how utterly overwhelmed their husband feels. They have a hard time managing the hopelessness and despair depression brings.

Because they have such trouble managing their own feelings, they have an even greater struggle knowing how to vocalize what they’re going through.

When You Think That Your Husband Hates You…

Ask yourself the question:

Does he seem happy to you?

Is he satisfied at work?

Enjoying the sports or hobbies he used to love?

Some wives report their depressed husband is “not interested in me sexually.” Other men seem hyper-sexual, but without real emotional connection.

Can he talk with enthusiasm about his future plans? A vacation he’s looking forward to?

And if Lilly’s husband was depressed, she was feeling so rejected and upset, she was describing so many negative behaviors, it would be challenging for her to do “couples therapy for one.” She would have to figure out a way, with my help, to ease him into doing couples therapy with her.

Why Does My Husband Hate Me?

He may not. He may be in the grips of depression or miserable with himself. His shortness, anger, and irritability may not have to do with you or your family. His rude behavior may be a symptom of more than just his feelings toward you.

It may mean he needs more help than you can offer him. But you also need support, but not to withdraw further or become increasingly hostile.

Depression is contagious, and it’s easy to become depressed yourself. It’s one of the reasons why while 7% of the population is clinically depressed, more than 40% of those divorcing have one depressed spouse.

Do You Feel Like Lily Sometimes? Learn what’s going on in your marriage. Dr. McMahon can help.