Are You Lonely in Marriage? 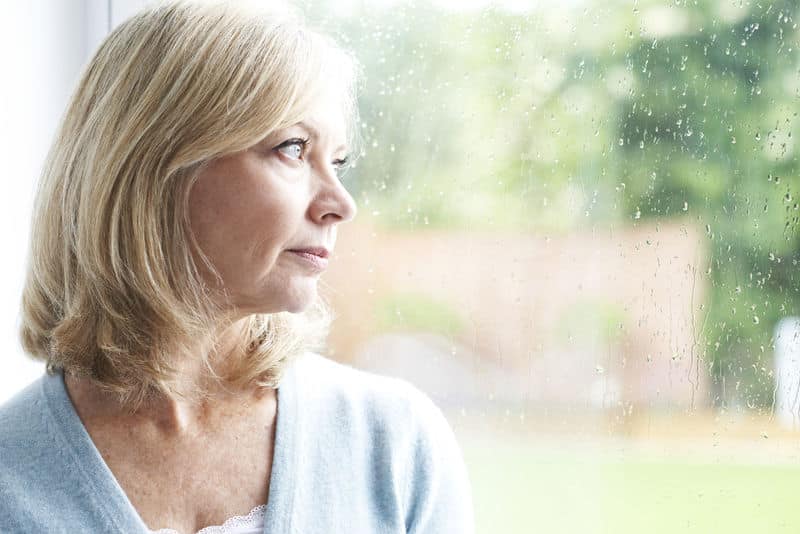 Kelly was so lonely in her marriage with Ned.

The sex had stopped.

His tax accounting job took him away from the home for 14 hours a day. But when tax season ended, Ned’s time around the house felt even more painful. They sat in the same room watching a video. Or reading different books. Or in different rooms, until one of them decided to go to bed, silently.

Most of the time, Kelly just distracted herself. She’d visit with friends or cruise the internet. But sometimes the silence was too deafening. She’d pick a fight with Ned over the stupidest things.

Many people battle feeling lonely in a relationship. Sometimes fights start just because a spouse is so darn lonely. Better to fight than to bear the silence. For Kelly, it would be how he loaded the dishwasher or the fact that he didn’t pick up his clothes. And he’d respond by complaining about some dumb, trivial thing she had done in return. It got each of them nowhere.

But even fighting when you suffer a feeling of loneliness, however, can take up too much energy.

Kelly started to daydream about the better times she imagines having with an old lover. The positive qualities of that man became grander. His drawbacks, smaller.

She was spending time re-writing her history, like a lot of despairing spouses. Even watching a movie will be no distraction to the heavy weight of living in a lonely marriage.

She’s trying to forget how depressed she is.

And if this continues, the marriage will continue to lessen in importance until the relationship doesn’t hold the same meaning, while the dreams of her former relationship strengthen.

She has kept her dreams and her passions but fears that if she were to make these things real, they would destroy her marriage. So she lives privately, in her own thoughts. She fantasizes. Sometimes sexually.

She checks Facebook. She wonders whether other old friends are happier than she is.

How incredibly sad. Loneliness is a sad state of affairs.

Kelly is typical of the women I see in my office at the start of couples counseling. Their marital loneliness has driven them to destructive behaviors:

For many of my clients, this loneliness drives them to extra-marital affairs. Affairs try to burn off this depression while keeping their families intact. However, when discovered, like lightning, it burns down the house. Kelly started to dream about her high school sweetheart when she saw his name pop up on Facebook. It was a powerful lift for her. And it absorbed her lonely hours.

Her husband Ned had turned to work-a-holism. In overwork, the partner convinces themselves that they are really working for the family, but their reluctance to return home after the end of a long day tells a different story: they are in pain. At least working allows them to feel needed and 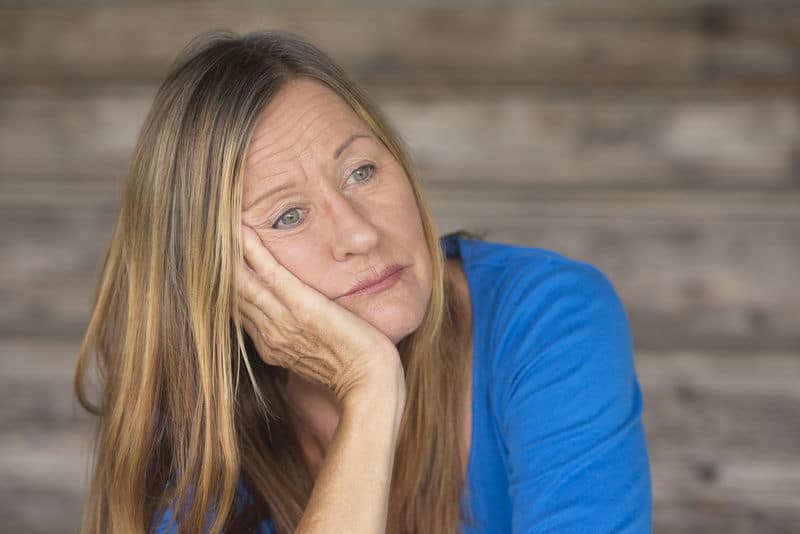 Others turn to drinking or drugging. They start to feel less and less. They don’t feel wanted so they don’t want to feel at all. Drinking and drugging are efforts to numb the pain. An effort to distract themselves from the reminders that, they too, or are “another child that’s grown old…” Or don t feel at all.

Why do we have an epidemic of feeling lonely in marriage?

Research from Global health giant Cigna tells us that we are living in a time when having a lonely marriage is commonplace.

More than 20% of the American public is afflicted with chronic, aching loneliness. We also know that over 60% of older Americans described themselves as sometimes lonely in marriage.

Amazingly, the new Cigna research shows that 43% of all relationships struggle with one or both partners feeling lonely.

Here are things to try:

Talk About Your Feelings and Listen to Your Partner’s Feelings as Well.

If you are lonely in marriage, or if your partner is complaining about feeling disconnected, talk about these feelings in a non-blaming and non-judgmental way.

Dr. John Gottman reminds us that couples often ignore each other’s emotional needs out of mindlessness, and not malice. Small things often are the key to reconnecting with your partner.

Feeling Lonely in marriage is not always due to deliberate neglect.

Communication is the path out of loneliness in a marriage. Talk to each other as often as you can. Talk about topics both large and small. Have a stress-reducing conversation by listening to your spouse as well as sharing what you thought, felt, and experienced that day.

Lonely in Marriage? Don’t Assume That Your Spouse Feels Understood Either.

In couples therapy, I often hear a spouse lament that they feel “invisible.” Feeling unseen and unsupported is often the foundation of feeling lonely in a marriage.

But we may feel so lonely that we distort this feeling, assuming that our partner “doesn’t care about me.” Even if they seem dismissive, they will never understand the degree of your loneliness unless you tell them. Be open and honest. Tell them that you ache to reconnect. They aren’t mind-readers. Gottman talks about the importance of Love Maps.

How well does your spouse know your daily stresses and strains? How deeply do they understand your goals and aspirations?  Generative questions are the antidote to a lonely marriage.

Lonely Marriage? Cherishing and Appreciating Your Partner is Paramount.

One of the aggravating factors leading to a lonely marriage is the failure to notice.

We fail to express the little appreciations and cherishing moments of gratitude and relational satisfaction.

Men, in particular, tend to have a hierarchy of what they deem important, often failing to notice and embrace opportunities to rise above mere transactional dialogues.

Ask her how she is feeling, notice something she cares about, and listen hard to her answer. Women often take the strength and resilience of their husbands for granted too. Ask him how his day went. Don’t be discouraged if he looks puzzled. You might have to model curiosity for him before he catches on. Be patient. Take action. Don’t allow your lonely marriage to cause you to slip into depression.

This may seem a bit challenging, but if you are feeling lonely in marriage, try not to internalize the feeling by descending into a morose, depressed state. Avoid the temptation to feel sorry for yourself, or complain about your partner to others. The more you wallow in loneliness, the harder it will be for you to take the practical steps you need to overcome it.

Embrace all of your relationships. Enjoy their company, but don’t mine them for nuggets of sympathy. A lonely marriage is cured by connection, not by criticizing your spouse and allowing yourself to be comforted by others.

Ask for what you need. I’m fond of saying that there are four people in every marriage. You both have a “partner in your head” which is often an exaggeration of your spouse when they are most disconnected or critical of you.

“What do you think?” may find you hearing your partner say “I was beginning to think you would never ask.”

Another important way to take responsibility is to look at your self-care, particularly your sleep-hygiene.

Important research from the University of California, Berkeley examined the sleep habits of more than 100 couples.

Those who reported poor sleep were not only much more likely to bicker with their partner, they became lonely and more socially isolated as well.

Your sense of loneliness may be aggravated by being sleep deprived. This is particularly important for older couples to consider.

Wonderful Ways to Deal with a Lonely Marriage

Do a Lifestyle Check. Are you living in a kid-centric or career-centric household?

It’s hard to hold onto what you’re not making time for in the first place. For some couples, outside responsibilities and activities impinge on time together as a couple. If that’s happening to you, you might need to reset your priorities.

Lean-In. Does your partner have a great obsession or past time? Maybe you could develop an interest in what they find compelling.

Talk about their passions and interests. Don’t always assume that your interests are static. See if you can connect with their idiosyncratic passions. My wife persuaded me to learn how to make jewelry, and I never thought it would interest me in the slightest. I have a passion for Ancient Roman history and bought some ancient jewelry beads on eBay.

Now we have successfully blended what were once separate walled-off interests. See if you can do the same. Be creative. Talk about what fascinates and entertains you, and encourage your partner to do likewise.

Don’t Say No. if you’ve started to slide into a depression, you may be rebuffing your partner’s attempts to engage with you. Ask them about how they see you. Are you open to new experiences? Are they? Don’t be afraid to seek treatment if a mild depression has made saying “yes” a challenge. Novel experiences shared together are a great way to cure a lonely marriage.

Family Blues. Sometimes feelings of abandonment are baked in the cake. Did you have a tough childhood? Was loneliness something that you just expected to always live with? Are you feeling lonely in marriage because of having low expectations of intimate relationships? If you have Developmental Trauma, you might have a baseline set of low expectations that might set you up for a lonely marriage.

Health Impacts of Loneliness in Marriage

Don’t ignore the gut feeling that something is off between you and your spouse. Feelings lonely in marriage can aggravate your health. A lonely marriage is often stressful both emotionally and physically. Here are some of the toxic side-effects of loneliness in marriage if it becomes a chronic pattern: 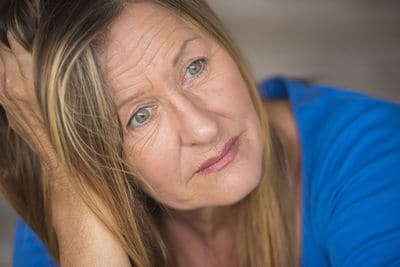 If you’re feeling lonely in marriage, it may be a mental health challenge as well as a communication or relational issue.

The problem is that a lonely marriage will have enduring physical and psychological impacts unless you make a conscious effort to deal with it. Take action.  Find your we-ness.

Talk to your partner. Who knows? You might find them as lonely in marriage as you are, and relieved that you brought it up.

One Weekend to Heal

They don’t need to change their personalities. You can learn to talk from your heart about past hurts and become closer. And learn to stay closer by actions you can take every day.

You don’t have to “love” having long, emotional conversations. Neither must be perfect. They simply have to learn basic skills, face into the fact that they ARE lonely, and start talking again.

You can redirect that passion and desire, and share your dreams with your spouse, once again, instead of picking a fight or look fondly at “what might have been.”

Need One Thing that You Can Hold on To?

Daniel is a Marriage and Family Therapist. He is the Blog Editor. He currently works online seeing couples from Massachusetts at Couples Therapy Inc. He uses EFT, Gottman Method, Solution-focused and the Developmental Model in his approaches.

Gratitude Tips: in 5 Simple Steps Couples Can Use this Powerful Practice

The Healing Power of Couples Holding Hands, Hugs and Kisses