What is “Deep Work”?

According to author Cal Newton, Deep Work is defined as, “activities that are performed in a state of distraction-free concentration that, because of the level of difficulty, pushes your cognitive capabilities to their limit. These efforts create new value, improve your skill, and are hard to replicate.”

To produce at your peak level, it’s essential that you work for extended periods with full concentration on a single task free from distraction. Deep Work optimizes performance.

Deep Work is the ability to focus without distraction on a cognitively demanding task. It’s a skill that allows you to quickly master complicated information and produce better results in less time. Deep work will make you better at what you do and provide the sense of true fulfillment that comes from craftsmanship. In short, deep work is like a super power in our increasingly competitive twenty-first century economy. And yet, most people have lost the ability to go deep—spending their days instead in a frantic blur of e-mail and social media, not even realizing there’s a better way. Cal Newton

Does this happen in the real world?

His book is chock full of enviably accomplished folks who seem to regularly engage in this practice of Deep Work in some form. Notably, Bill Gates is known for his twice-yearly “Think Weeks”, where he goes to a secluded place and does nothing but reading and “thinking big”.

When I think about that, I see a parallel to what our couples did for their in-person intensives (before COVID), and even do now for our online intensives: they get a hotel room, Airbnb, etc., and they spend a weekend away from all the daily tasks of their home-life that would distract them.

They take this time, instead, to focus on each other and their relationship. Nobody needs to clean up dishes, take out the dog, put the kids to bed, etc.

What really makes a weekend marriage intensive work and is it worth it?

Talk to a trained couples therapist on our team and you are going to hear this information:

It’s nice to hear what works, but why? I see intensives being effective with the couples that I work with because:

All that makes sense. Still, why does a couples therapy intensive work so well?

The deep work of a marriage intensive

Then I read Deep Work by Cal Newton. He described in detail what happens when we enter extended states of concentration, focused on acquiring a particular skill, or knowledge.

This is critical to a weekend marriage intensive effectiveness; the couple’s (your) deep work.

As a clinician, I am also engaging in deep work. When I have a weekend intensive, I limit electronic communication and I do not see any other person for work purposes.

I set time set aside to concentrate on the couple I am working with for that weekend before they even enter my office (or sign in on Zoom.) I study their BIG BIG Books; I plan out and finely-tuning their intensive experience.

Another important concept the book highlights is this idea of attention residue, coined by Sophie Leroy, a business professor at the University of Minnesota. She proposes that as you switch from one task to another, your attention doesn’t immediately follow.

There is a residue of your attention that remains stuck thinking about the original task. Her research shows this happens even if you completed the previous task, as your attention still remains divided for a while. This is attention residue.

Additionally, the more demanding the previous task, the more residue that remains as you engage the next task. Any amount of this attention residue results in a state of distraction, impacting the performance of the next task.

The problem of attention residue in conventional weekly couples therapy

Think for a moment of conventional weekly therapy. When a couple is rushing around to make their 80-minute weekly session each have a varying amount of attention residue from whatever each partner was doing prior to the session.

This limits the productivity of that 80-minute window already. Then, we account for a brief check-in, the actual intervention, then the closing up portion of these windows.

The actual time remaining for the most effective part of treatment (intervention) and the time it takes to establish the deep concentration to complete the deep work of acquiring relational skills is abbreviated even further.

The weekend marriage intensive allows the couple to spend longer, uninterrupted chunks of time together, fully concentrating on their relationship and the essential skills they are learning to repair and reconnect.

We are not contending with attention residue nearly as much during a couples therapy intensive versus weekly work.

Attention residue as a therapist

Here’s some frank talk from a clinician who is coming into her 15th year of being in mental health. I’ve spent many of my early years in clinical settings characterized by back-to-back sessions, meetings, and consultations for 8-12 hours a day.

I cannot imagine my own attention residue as I tried to make sure I ended my session on time, so I’d have the 10 precious minutes to write the notes before moving onto the next appointment in my schedule.

And goodness how things got thrown off if I had to do something silly like eat or grab more coffee! Being able to wholly concentrate on one couple for a full weekend; this is the deep work of a couples therapy intensive.

During this time I am getting to know you, your ins and outs, your ups and downs, the quirky contours of your inner and outer systems, and reflecting on all these different parts of your dynamic.

It typically starts with your BIG, BIG, Book, which I study carefully before we meet.

Then I provide the depth of understanding and treatment that helps you to stay in that world, move through it, have those really hard conversations as we work together, and come out on Sunday afternoon feeling like something that was once so hopelessly stuck finally got some movement.

There is nothing like it and good couples therapy is often the result.

Getting into the brain; how are you wired?

When neurology was explored in relation to deep work, it was discovered there was an important role that myelin plays. Myelin is a whitish sheath that insulates nerve fibers and helps increase the speed at which electrical impulses are conducted.

Whatever our brains do, it is because electrical impulses have shot through a specific pathway of neurons. The more these pathways repeat, the more behaviorally entrenched our brains become.

For instance, I see butter mochi and I start fantasizing about making butter mochi. My neurons are pretty entrenched down this delicious pathway.

But myelin is important because the more something is practiced, the more myelin is developed around the relevant neurons, allowing this neuronal circuit to fire more efficiently, and more quickly.

So not only do I see butter mochi and starting fantasizing (okay, probably drool), the myelin sheath has allowed these neurons to fire more effectively, the more myelin is produced, and this firing of circuits and process will probably happen faster in the future.

Any skill, whether it is a physical or an intellectual one, is really about brain circuits and how these neurons fire.

Maybe your brain fires in a certain way when you hear someone raise their voice and you find yourself stepping back away from that person and trying to end the conversation.

Or maybe your circuits are etched and myelinated to step toward, puff up, and yell back.

Either way, your brain is wired for this behavior, and myelin is what allows it to happen effortlessly.

The idea of myelination is important because it is the neurological mechanism of action for why deliberate practice works, and for why intensives work. By focusing intensely on a specific skill, each partner is causing the relevant circuits to fire again and again, and in isolation.

There’s a good chance that you will hear me say, “let’s slow this down,” “I think a horseman popped into the room,” “I’m really curious what happened when you heard that,” over and over and over again for a weekend. While that may sound daunting, the repetitive use of this process, the way the brain responds to firing off this new circuitry, in conjunction with how myelin is then built around these neurons all allow this skill to solidify faster.

The low distraction environment in which we do intensives, as couples are usually well-focused on the process, really allows these new complex skills to take root.

Making a Grand Gesture and signal the entry into Deep Work!

Cal Newport tells a story about J.K. Rowling, and her challenges to finish a book from her Harry Potter series. Apparently, she gets distracted like everybody else in the world.

What did she do? She got a suite in a really lovely sounding hotel, in an extreme attempt to shift her mindset. She stayed while finishing up the book, employing one strategy of deep work called the grand gesture.

In the grand gesture, a person leverages radical change to their normal environment, coupled with a substantial investment or effort, all to support a deep work task.

It tricks the brain into increasing the perceived importance of the task, which reduces the mind’s tendency to procrastinate while boosting motivation and energy.

Their brains are all getting a boost of motivation and energy, the importance of the work, the investment the parties are all making in the process, seems to help enhance the efficacy of the weekend format.

3 Types of Commitments to Deep Work

Final thoughts about deep work, and the grand gesture of a marriage intensive weekend

There are even more salient points and strategies from deep work that I cannot outline here.

As I reflect on the notion of deep work, and grand gestures, I see even more clearly the reasons a weekend intensive is often significantly more effective than weekly couples therapy.

Carving out a full weekend may present obstacles that you can’t overcome, so the next best option may be “working intensively”, perhaps doing a 1-day intensive, or half-day sessions over a few weeks.

That’s the strategy of batching, but no more spoilers, read Deep Work by Cal Newton. 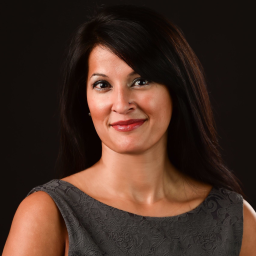 Catherine is a Marriage and Family Therapist and has over 13 years of mental health experience . She currently sees couples at Couples Therapy Inc. using EFT and Gottman Method approaches. Catherine specializes in working with neurodiverse couples and is a certified discernment counselor.