How to raise an angry, entitled child in 4 easy steps

How to Raise an Angry, Entitled Child in 4 Easy Steps

According to a 2015 study published in the journal Developmental Psychology there are four easy steps to raising an angry, entitled child. This research adds little that’s new. We have had a bead on what turns kids bad for half a century or more. 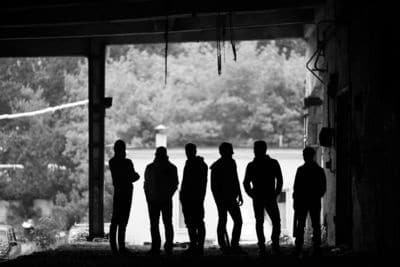 Karma is not a fast food restaurant. You slowly and inevitably get served exactly what you deserve.

“On occasions adolescents assault their parents because the parents themselves have been violent towards the children or among themselves. Through exposure to family violence, children learn to be violent.”

And what else did the research tell us?

“Other times, it is the lack of affectionate and positive communication between parents and their children, the lack of quality time that is dedicated to the children, or permissive parenting styles that do not impose limits.”

An angry and entitled child eventually becomes a larger, angry and entitled teenager. The study’s conclusions come were based on interviews with almost 600 adolescents across 20 different schools. The researchers were curious about the correlation between narcissism and violent behavior.

What the study uncovered was a direct link between when parents fail to treat each family member with love and respect, and the increased risk of their children developing angry, violent and narcissistic traits. Children who were physically abused grow up into teenagers who physically abuse their parents and/or their partners. It’s easy to raise an angry and entitled child. What goes around…comes around. 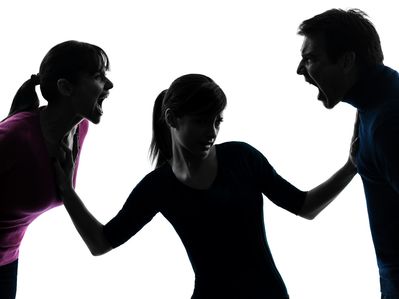 Social science research has a plethora of findings confirming a connection between the abuse and neglect suffered by children at the hands of their parents, and their future anti-social behavior.

Child abuse in this research context can be defined as physical, emotional, or sexual. There is a huge, fat pile of research on this topic.

Over a half century of quality research has shown an undeniable positive correlation between parent-parent aggression, parent-child aggression, and future aggressive behavior on the part of the child.

Or, as succinctly put by Cathy Widom, professor of Criminal Justice and Psychology at Indiana University, Bloomington, “Violence begets violence.”

But even just normalizing scream-fests and rage attacks can wreak havoc on a child’s nervous system. Fighting in front of the kids is the one parental behavior that is worse than an angry, bitter divorce.

So if your fighting is getting over the top, consider the impact it’s having on your kids.

You’re teaching them that the best way to get what you want from loved ones is to yell, scream, push and shove. And they will be faithful students because they have no other teachers. We learn how to be intimate partners from our parents.

How was home life for you when you were growing up? How do you feel about the faithful student you have become?

Your misery will echo through time unless you decide to stop it right now.

Is Your Mariage Impacting Your Kids?

Daniel is a Marriage and Family Therapist. He is the Blog Editor. He currently works online seeing couples from Massachusetts at Couples Therapy Inc. He uses EFT, Gottman Method, Solution-focused and the Developmental Model in his approaches.

6 Amazing Benefits of Giving Thanks from the Neuroscience of Gratitude

Previous Post How to Get over an Affair Partner… The Grief of the Involved Partner Next Post Is There a Romeo and Juliet Effect in Couples Therapy?